In a near future, a lonely writer develops an unlikely relationship with an operating system designed to meet his every need.
(R, 126 min.) 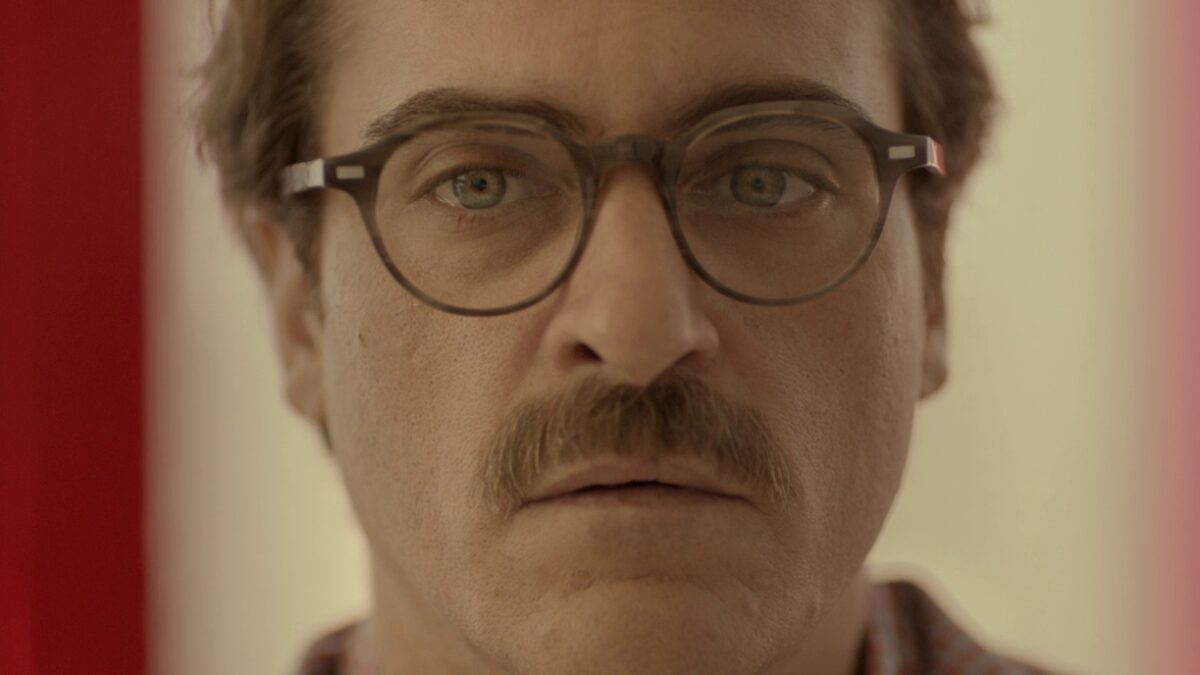 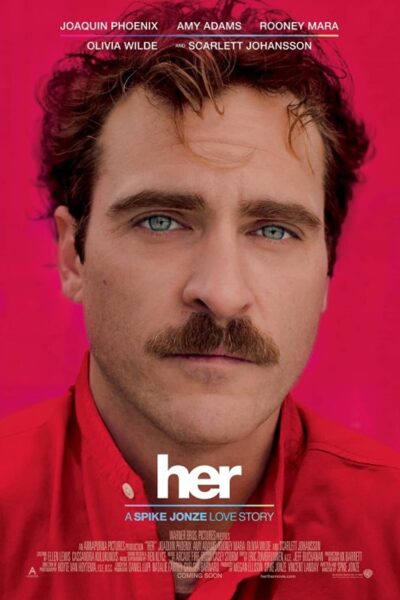 The FilmStubs series is Free and made possible by a grant from Friends of the Library.
For more Springfield-Greene County Library events click here. There will be a discussion following the film.
Tickets are not available to reserve online. Please visit the Moxie the week of the screening to reserve tickets at concessions.
**Masks are required**

Set in the Los Angeles of the slight future, Her follows Theodore Twombly, a complex, soulful man who makes his living writing touching, personal letters for other people. Heartbroken after the end of a long relationship, he becomes intrigued with a new, advanced operating system, which promises to be an intuitive entity in its own right, individual to each user. Upon initiating it, he is delighted to meet "Samantha," a bright, female voice, who is insightful, sensitive and surprisingly funny. As her needs and desires grow, in tandem with his own, their friendship deepens into an eventual love for each other. [Warner Bros.]

"Her argues that sometimes, crazy can be wonderful."

"Four films into a sterling career, the director’s made his most beguiling, profoundly human work yet."

"Acerbic, emotional, provocative, it's a risky high dive off the big board with a plot that sounds like a gimmick but ends up haunting, odd and a bit wonderful."

"This is a handcrafted, passionate and sometimes impossibly beautiful film that argues for both the past and the future, with a poetic spirit that’s extremely rare in American cinema."

"Her is a 21st-century love story that perfectly captures the mood of the times and finds new inroads into the exhilaration and heartbreak that have existed since the first 'I love you.'"

"Phoenix gives a performance as convincing as he did in 'The Master,' and in exactly the opposite direction: gentle, meditative and cerebral, instead of angry, closed-minded and baffled."

"In Her, Jonze transforms his music-video aesthetic into something magically personal. The montages — silent, flickering inserts of Theodore and his ex-wife recollected in tranquility — are sublime."

"At once a brilliant conceptual gag and a deeply sincere romance, Her is the unlikely yet completely plausible love story about a man, who sometimes resembles a machine, and an operating system, who very much suggests a living woman."

"A delicate, droll masterwork, writer-director Spike Jonze's Her sticks its neck out, all the way out, asserting that what the world needs now and evermore is love, sweet love. Preferably between humans, but you can't have everything all the time."

"Her may be the most technologically astute movie since Stanley Kubrick’s '2001: a Space Odyssey.' And as the friendly ghost in the machine, Samantha is a more inviting companion for the great leap forward than HAL9000 could ever dream of being."

"It is a love story. Also a profoundly metaphysical meditation on what it means to be human. Also one of the more touchingly relevant movies to the ways we actually live and may soon live. Oh, and the year’s best film, or at least the one that may stick with you until its story line comes true. [2013]"