A Duke's son leads desert warriors against the galactic emperor and his father's evil nemesis when they assassinate his father and free their desert world from the emperor's rule.
(PG-13, 137 min.) 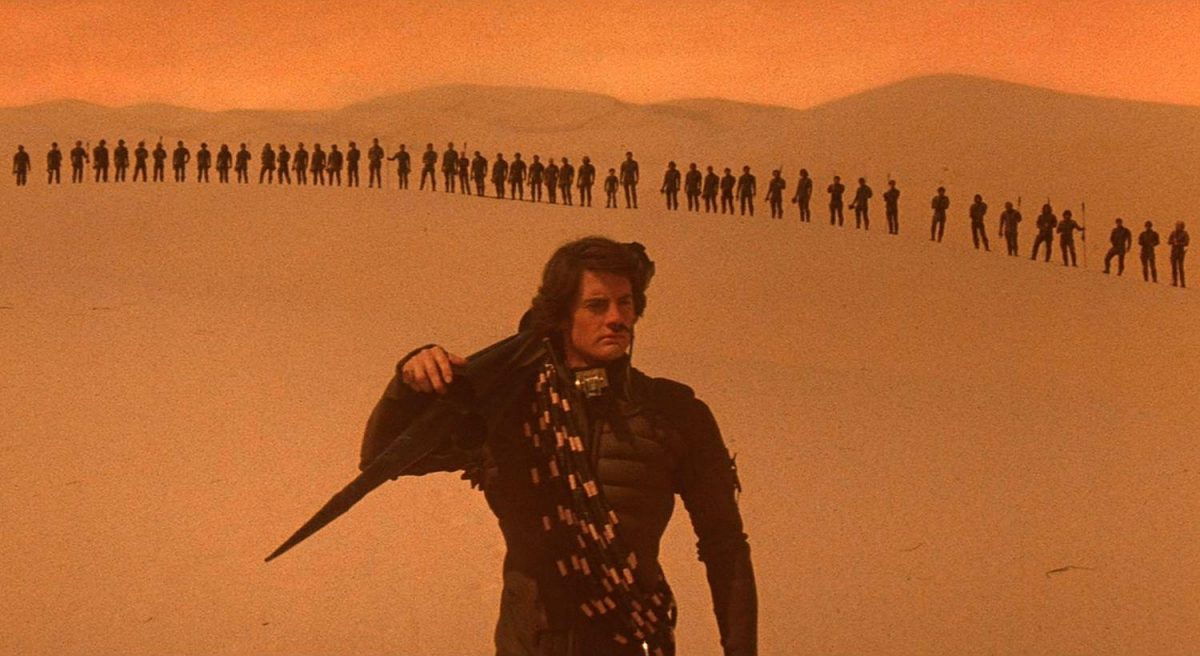 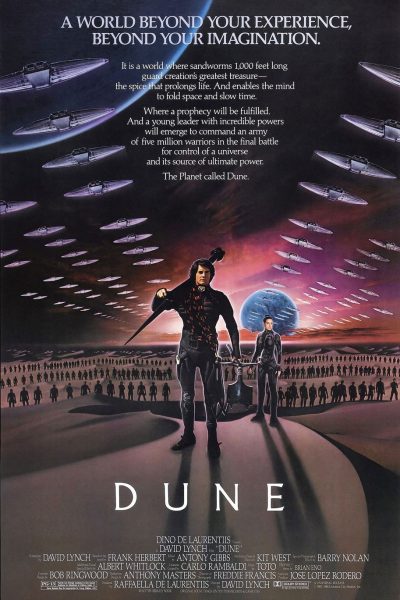 n the year 10191, a spice called melange is the most valuable substance known in the universe, and its only source is the desert planet Arrakis. A royal decree awards Arrakis to Duke Leto Atreides and ousts his bitter enemies, the Harkonnens. However, when the Harkonnens violently seize back their fiefdom, it is up to Paul (Kyle MacLachlan), Leto's son, to lead the Fremen, the natives of Arrakis, in a battle for control of the planet and its spice. Based on Frank Herbert's epic novel.
[Rotten Tomatoes]

"Dune is a huge, hollow, imaginative and cold sci-fi epic."

"Dune is not the masterpiece its adherents have hoped for - but neither is it the disaster its detractors have claimed."

"It's not for everyone, but if you don't mind the brain-bending confusion of the plot and occasional feeling of '80s high camp, this isn't as bad as its detractors would have it."

"Lynch's third feature may have been a commercial disaster, but it gets under your skin and is marked by unforgettable images and an extraordinary soundtrack."

"It is a dark, spellbinding dream, full of murmurs and whispers, byzantine plots and messianic fevers. It finds its iconography of the future deep in the past. It's not always easy to follow, but it's even harder to get out of your system. For better and for worse, it takes more artistic chances than any major American movie around. [10 Dec 1984]"